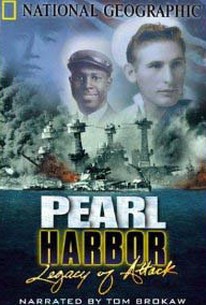 In this National Geographic film, Robert Ballard, who discovered the wreck of the Titanic, examines the underwater grave of Pearl Harbor. He goes in search of a little-known Japanese submarine that was sunk by an American destroyer shortly before the infamous attack. Because the submarine still harbors a large cache of fuel, and there is a danger of explosion, robots are utilized to investigate parts of the ship unseen since that fateful day in 1941. Stephen Ambrose, a noted WWII historian, provides additional input.

There are no critic reviews yet for Pearl Harbor: Legacy of Attack. Keep checking Rotten Tomatoes for updates!

There are no featured reviews for Pearl Harbor: Legacy of Attack at this time.