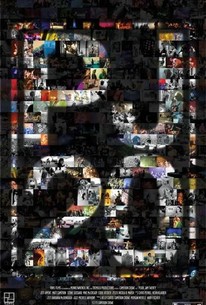 Pearl Jam Twenty chronicles the years leading up to the band's formation, the chaos that ensued soon-after their rise to megastardom, their step back from center stage, and the creation of a trusted circle that would surround them-giving way to a work culture that would sustain them. Told in big themes and bold colors with blistering sound, the film is carved from over 1,200 hours of rarely-seen and never-before seen footage spanning the band's career. Pearl Jam Twenty is the definitive portrait of Pearl Jam: part concert film, part intimate insider-hang, part testimonial to the power of music and uncompromising artists. -- (C) Official Site

Very few music documentaries in the history of the form have more successfully conveyed the inner workings and outer artistic expression of a band than Cameron Crowe's brilliant Pearl Jam Twenty.

With its intimacy and (this can't be emphasized enough) fantastic sound, Pearl Jam Twenty is like two hours spent rediscovering the band through excellent headphones.

If only it was about something other than rockers almost irked they got famous.

In a better film, Crowe would have played journalist instead of fan boy.

By the time "Pearl Jam Twenty" is over we can't help but be impressed by the kind of personal and professional integrity that has kept the band honest and allowed them to endure and prosper.

It is told in big themes and bold colours with blistering sound and is carved from over 1,200 hours of rarely seen and never-before seen footage spanning the band's career.

Pearl Jam Twenty may not create new fans, but for existing fans, it's an exceptional musical experience.

It is a huge missed opportunity on Crowe's part. In his attempt to show the best traits of a band he is obviously very enamored with, he's wound up with a pretty lackluster film.

[Crowe] merely wants to capture the personalities, the songs and the shows.

With noticeable gaps between the telling of its first decade and its second, Pearl Jam Twenty didn't necessarily need to be a feature, but is a really lovely fan letter to a band that's worked hard for the devotion and respect it receives.

A great introduction to the band as well as a great recap for the fans who have been there all along the way.

Pearl Jam cemented themselves as being one of the best, most influential, and tightest bands over the past two decades plus, and this documentary, going by their 20th anniversary (of the release of Ten, not their formation), is a loving tribute/celebration of them, their music, and the factors that brought them together, and keep them going. Cameron Crowe is a great choice for this material, having a knack at music related films, and being relatively close to the band to begin with. That, and thanks to his movie Singles, he has a vast love and knowledge of the scene that they got the most famous during. The film, in the first half at least, is well balanced and structured, and gives a lot of insight into how the band formed, as well as hitting highlights of their career chronologically. A fair amount of time is also spent on the Mother Love Bone era, and that's where some of the more moving parts of the film are, right up front. The second half is fine, but really runs out of steam, and is oddly structred for some wieird reason. Some of the biographical stuff about the guys, and what lead them to Seattle happens in the first half, while the rest comes later, and seems really rushed and shoehorned. That, and in general a few thigns get glossed over, with Crowe making the assumption that the audience will already be familiar with things, and have the prior knowledge of what he skims over. Unlike VH1's Behind The Music, this doesn't get overly sappy, sensational, or melodramatic. These guys actually look at things very matter of factly, as opposed to being overly nostalgic for the past, and bitter that those days have gone by. I really enjoyed hearing their thoughts on some of the most well known high and low moments though, and how the film isn't afraid to get into the uncomfortable parts of the band's history at times. This is a pretty decent film. I'm biased because I love the band and their music, but for a casual viewer, this is a decent primer, though they might not be able to appreciate some of this as much. Still though, Crowe did a good job, and I can't really see someone else doing a much better job.

From a confirmed PJ fanboy comes a film that's surprisingly watchable to the casual Pearl Jam appreciater (i.e., me). Most surprising, perhaps, were the varying impulses to quit that the band has felt over the years, from the initial burnout after their smash hits through their battle with Ticketmaster and the deeply affecting tragedy at Roskilde, where nine fans were killed as the crowd rushed the stage. The insights into the personalities - particularly vocalist/lyricist Eddie Vedder and the unassuming, dedicated-to-the-art-of-it bassist Jeff Ament - are coupled with lots of music, live video and peer commentary to give you a picture of how far the band's travelled these last 20 years. Enjoyable doc.

Loved the footage and the interviews. However, it glossed over some details that I think Crowe assumed that the viewer should have already known. Also, it was oddly organized. The first half of the film consisted of your standard rock doc fare, while the second half seemed to jump all over the place. Without the structure, it just felt like Pearl Jam trivia time. Which don't get me wrong, I very much enjoyed. I only wish that the second act was as well constructed as the first.

A nice, well-paced, nostalgic filled blast chronicling the rise of one of the most influential and powerful rock bands in the history of music. Having a shrewd film-maker like Cameron Crowe behind the lenses is never a bad thing, considering his great knowledge of the grunge genre. Here he unleashes some great unseen footage that details both Pearl Jam and the grunge era remarkably well. In a day and age when music meant something (something a large part of my generation knows nothing about, narcissistic rap and pop continues to plague the airwaves), Crowe lets the music do the talking while appropriately picking his moments to add in some nice touches from time to time. Pearl Jam is a truly remarkable band that capture topics such as teenage angst, hurt, loyalty, family, politics, and inner-peace so very well, and once you give them a serious try (listening to one or two of their songs doesn't qualify you as a "fan", at least to me - listen to their full discography) it will be hard not to fall totally in love with them.