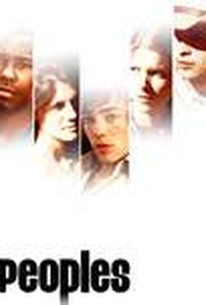 A group of old friends realize that it's time to grow up when their reckless ways pave the path towards self-destruction. Oliver Anderson (John Hensley) has only spent one semester away at college when he returns to Kentucky to live with his wealthy, conservative parents. Once home, Oliver quickly reconnects with his former best friends Patrick (Joshua Harto) and Sorn (Billöah Greene) and the three pick up precisely where they left off. Their priorities are simple: get drunk, chase women, and raise hell. One night, during a particularly rowdy excursion, Oliver meets and falls for single mother Abby (Elizabeth Chase), who works as a stripper just to make ends meet. Meanwhile, Oliver's sister Jessica (Kate Mara) has just returned from boarding school. She's the center of attention at her surprise, sweet 16 bash when Patrick begins to see her in a different light than before. As Patrick and Jessica begin a flirtatious romance that will develop into a scandalous affair, Sorn splits his time between caring for his elderly grandmother and being a role model to his ten-year-old cousin. But Sorn has his fair share of secrets, too, because when he's not tackling family responsibilities or partying with his pals, he's out on the prowl for casual sex. When dysfunctional relationships clash with a devastating identity crisis, the gang realizes that they had better grow up before it's too late.

Jessie Winn
as Sorn's Girl No. 2
View All

There are no critic reviews yet for Peoples. Keep checking Rotten Tomatoes for updates!

There are no featured audience reviews yet. Click the link below to see what others say about Peoples!