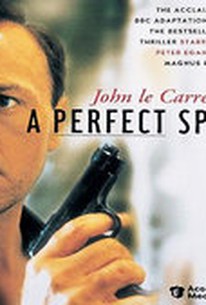 This spy outing hones in on secret agent Magnus Pym (Peter Egan). Having impersonated so many different people during his career as a British spy, Pym eventually lost track of who he really was -- a confusion compounded by the fact that he knew nothing of his actual past. Ultimately feeling that he could trust no one -- not even his so-called friends -- Pym turned his back on the British and began trading secrets with the Enemy. Filmed on location in England, Europe, and the U.S., the seven-episode A Perfect Spy originally aired in the U.K. in 1988. ~ Hal Erickson, Rovi

There are no critic reviews yet for Perfect Spy. Keep checking Rotten Tomatoes for updates!

There are no featured reviews for Perfect Spy at this time.