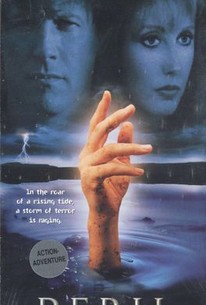 A woman desperate to save her husband is thrown into danger of her own in this thriller. Terry (Morgan Fairchild) and Scott (John James) are a couple who've fallen on hard times; ever since the death of Scott's brother, the family has been in crisis, and Scott has developed a rare degenerative bone disease. Scott's condition has been expensive to treat, and he's fallen behind on his mortgage payments; desperate to pay his medical bills and still keep a roof over their heads, Terry and Scott swallow their pride and decide to recover a cache of stolen money Scott's late brother hid in a cave, which is soon to be flooded after a dam is rerouted. While searching for the money, injured Scott becomes trapped in the cave, and Terry has to find help before he's trapped underwater. Terry thinks her troubles are over when she encounters outwardly friendly Vincent (Michael Pare), but she finds a new nightmare has just begun -- Vincent is an escaped mental patient with violent mood swings, and instead of helping her rescue Scott, he soon takes her hostage.

There are no critic reviews yet for Peril. Keep checking Rotten Tomatoes for updates!

There are no featured reviews for Peril at this time.