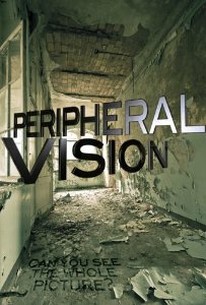 A lonely artist spends his days wandering the halls of an abandoned mental institution where his mother died years earlier, and finds his life starting to change when he reconnects with an old friend and develops a romantic bond with a self-destructive junkie. Isolated and Misunderstood, Chet only feels at home when he's snapping photographs in the crumbling corridors of a derelict mental hospital. When he's there, it's as if his mother never left. When Chet runs into his childhood friend Ron, the two old pals pick up right where they left off years prior, before Ron left town. But something inside of Ron has changed, and the closer Chet gets to Cindy, a drug-addicted abuse victim, the more he realizes that he isn't seeing the whole picture.

There are no critic reviews yet for Peripheral Vision. Keep checking Rotten Tomatoes for updates!

There are no featured audience reviews yet. Click the link below to see what others say about Peripheral Vision!