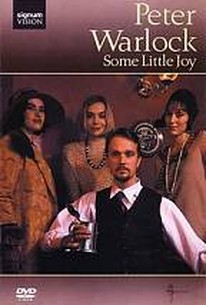 The curious career of English songwriter Peter Warlock (aka Philip Arnold Heseltine) serves as the subject of this musical biopic starring Mark Dexter as the composer who elevated hedonism to a virtual art form. Present day: As two prospective members of the Peter Warlock Society arrive at an Eaton terrace pub to discover the truth about the notorious songwriter, their thoughts drift back to 1920s-era England, where Warlock and his cronies mingled with such famed composers as Augustus John and Harry Cox. Juggling relationships with his ex-wife Puma, his girlfriend Barbara Peache, and his spiritual soul mate Winifred Baker, the talented outcast wrestles to with the depressing realization that he will never be accepted by the musical elite. By 1930 Warlock had all but quit composing, remaining a sizable thorn in the side of the musical and literary establishments despite ceasing to be a formidable creative force in his own right. Back in the present, the Chairman of the Peter Warlock Society impresses the new recruits by recalling the specifics of Warlock's tragic suicide in vivid detail. ~ Jason Buchanan, Rovi

Critic Reviews for Peter Warlock: Some Little Joy - A Film by Tony Britten

There are no critic reviews yet for Peter Warlock: Some Little Joy - A Film by Tony Britten. Keep checking Rotten Tomatoes for updates!

There are no featured reviews for Peter Warlock: Some Little Joy - A Film by Tony Britten at this time.