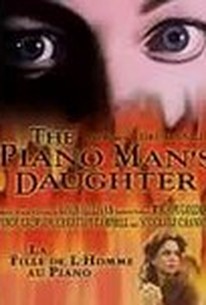 A young man must deal with several generations of madness and familial intrigue in this screen adaptation of the acclaimed novel by Timothy Findley. Charlie Kilworth (Christian Campbell) is a young man whose mother, Lily (Stockard Channing), is the daughter of Frederick Wyatt (R.H. Thomson), the owner of a well-known piano manufacturing company. Lily is also a free-spirited and unstable woman, who bore Charlie out of wedlock, has had a number of lovers over the years, and has a unsettling fascination with fire. Lily's mother Ede (Wendy Crewson) has put her daughter in a mental hospital on several occasions, and is considering having Lily lobotomized. Charlie, meanwhile, has had affairs with a number of women but has never settled down with anyone; working as an events coordinator at a resort hotel, Charlie becomes infatuated with Alex Lamont (Sarah Strange), the singer in a dance band Charlie has booked into the ballroom. Lily urges her son to get married and raise a family, but Charlie isn't so sure he's ready for a lifetime commitment, and Alex becomes frustrated by Charlie's inability to take their relationship seriously. Meanwhile, Ede and Frederick have decided that Lily needs to be permanently committed to an institution; Charlie insists that they send her to a comfortable private facility, but then discovers that a mysterious benefactor has been supporting Lily for years, and Ede and Frederick have decided if Lily is to be in a private institution, then the generous stranger must be the one who pays for it. Surprisingly, The Piano Man's Daughter was produced in part by noted comic actress Whoopi Goldberg. ~ Mark Deming, Rovi

There are no critic reviews yet for The Piano Man's Daughter. Keep checking Rotten Tomatoes for updates!

There are no featured reviews for The Piano Man's Daughter at this time.