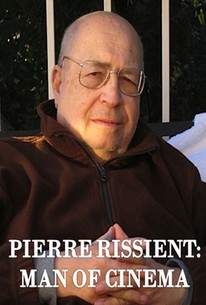 Most Americans -- even those who travel in film spheres -- will not immediately recognize the name of Pierre Rissient, but the lives of cinephiles have been invariably touched by him. A Cannes-based Gaul who enjoyed stints as a theater programmer, critic, and assistant director to Jean-Luc Godard on À Bout de Souffle (1959), Rissient found his niche working alongside eventual succès d'estime Bertrand Tavernier (La Mort en Direct) as a publicist. Armed with an extensive network of press contacts, Rissient swiftly projected the ability to make or break any director with a wave of his hand and an effective blurb. His motto: "It isn't enough to like a film; you have to like it for the right reasons." Those who owed their success to him, to varying degrees, included Sydney Pollack, Abbas Kiarostami, Werner Herzog, and Quentin Tarantino -- not a modest lineup. In the 1970s, Rissient traveled one step beyond his normal publicity work by entering the sphere of filmmaking, albeit in a completely noncommercial capacity. Chief Variety film critic Todd McCarthy helms this biographical portrait of Rissient, featuring an extensive look at his accomplishments. It includes conversations with the likes of Pollack, Tarantino, Clint Eastwood, Jane Campion, and many others; Rissient himself also turns up for extensive interviews and discusses the trajectory of his career and the humanist principles behind many of his choices and inclinations.

Unavoidably, an insidery affair. But even those who have never talked mise-en-scene...will be intrigued by this affectionate look at a legendary cinephile and prime mover of the movies.

A solid homage to one of the film industries unsung heroes.

There are no featured reviews for Man of Cinema: Pierre Rissient at this time.