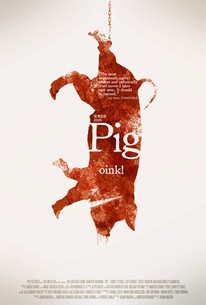 Pig plays out scenario after scenario of increasingly violent acts, ranging from merciless physical beatings, disembowelment, cannibalism (both willing and forced), and severe degradation, as blood and other body fluids flow with trashy, humorless, sadistic glee ... There is nowhere to turn in this film, no relief, no mercy, no hope. Know this, Pig is not a film for the casual horror fan by any stretch. This is stuff by the initiated for the initiated.

Pig is a torture flick in one of the worst ways - it tortures its audience.

Matt Donato
We Got This Covered
View All Critic Reviews (1)

There are no featured reviews for Pig at this time.