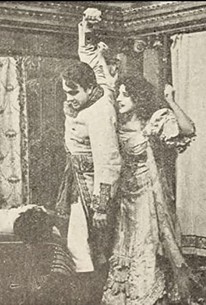 Filmed at the Bronx Biograph studios, this adaptation of the Robert Browning poem Pippa Passes was a milestone in the career of its director, D.W. Griffith. The film is constructed in four separate sections, not unlike his later film Intolerance. Each section is named after a phase of the day -- Morn, Noon, Evening and Night -- and each is introduced with a shot of the heroine, Pippa, singing a song. In collaboration with his photographer Arthur Marvin, Griffith created special lighting effects to separate the four portions of the 24-hour period in which the story takes place; a powerful Kleig light was used for a "sunrise" effect, for example, while the dimming of the studio lights conveyed the climactic sunset, when, in the words of Browning's poem, "All's Right with the World." Gertrude Robinson starred as Pippa, replacing Griffith's first choice Mary Pickford, whom the director felt was a bit too old (at 16!) and plump for the role. In addition to scoring a major hit with filmgoers, Pippa Passes also had the distinction of being the first film ever reviewed by the New York Times.

The photography is particularly good, the effect of approaching day and oncoming darkness us the reel begins and ends being most attractive.

The contrast between the "tired business man" at a roof garden and the sweatshop worker applauding Pippa is certainly striking.

It is a beautiful picture in every sense and its technical quality is sufficiently good to make it more attractive. If one does not understand the story he can at least enjoy the pictorial qualities.

There are no featured reviews for Pippa Passes at this time.