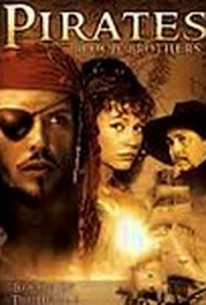 Italian helmer Lamberto Bava directs Anna Falchi, Jennifer Nitsch and Mario Adorf in the adventure drama Pirates: Blood Brothers. The story concerns the titular siblings, who come to blows over the love of one woman. Years later, their paths have diverged: one is a bloodthirsty pirate, the other an upstanding French official assigned to bring him to justice - dead or alive. Note: the Silver Nitrate home video release of this film is dubbed from Italian into English. ~ Nathan Southern, Rovi

There are no critic reviews yet for Pirates: Blood Brothers. Keep checking Rotten Tomatoes for updates!

There are no featured reviews for Pirates: Blood Brothers at this time.