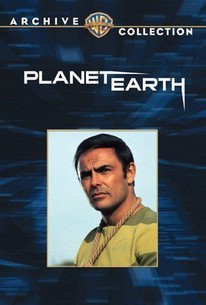 Planet Earth was the second of three look-alike attempts by Star Trek maven Gene Roddenberry to launch a futuristic TV series for the 1970s (the first was 1973's Genesis II, and the third was 1975's Strange New World). John Saxon stars as Dylan Hunt, who awakens from suspended animation in the year 2133. The "big war" has come and gone; one of the few surviving pockets of 20th-century civilization is the city of PAX. This 2-hour pilot film details Hunt's adventures in this Brave New World when he is captured and enslaved by a society run by women. He is rescued by the scientists of PAX, presumably as a means of getting Roddenberry's series off the ground. But except for this film, first aired April 23, 1974, Planet Earth never got into orbit. ~ Hal Erickson, Rovi

There are no featured reviews for Planet Earth at this time.