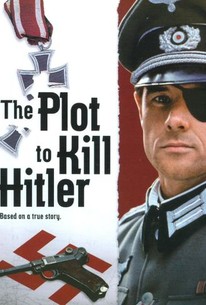 The Plot to Kill Hitler Photos

Inspired suave aristocrat Col. Claus von Stauffenberg's ingenious plot to assassinate Adolf Hitler during the waning days of World War II, director Lawrence Schiller's historical war drama traces the remarkable events that unfolded as the Third Reich's Operation Valkyrie emergency plan was implemented on July 20, 1944. Could World War II have been stopped before the bombings of Hiroshima and Nagasaki? A group of senior army officials have decided to turn on their führer, but is their plan doomed from the very moment of conception? A strategy meeting is set to take place at Hitler's Wolfsschanze (Wolf's Lair). There, the tyrannical German leader will be completely vulnerable to attack by the very people he trusts most - his own officers. In order to succeed, von Stauffenberg and his men will need to make some serious sacrifices. Later, as the plot gets underway, fighting continues raging all across Europe, and the men wait patiently for the perfect moment to strike.

Critic Reviews for The Plot to Kill Hitler

There are no critic reviews yet for The Plot to Kill Hitler. Keep checking Rotten Tomatoes for updates!

Audience Reviews for The Plot to Kill Hitler

There are no featured audience reviews yet. Click the link below to see what others say about The Plot to Kill Hitler!

The Plot to Kill Hitler Quotes