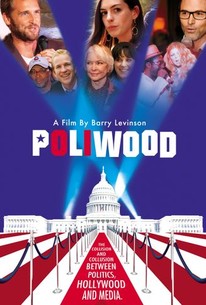 ... it could have probed much deeper.

There are no featured reviews for Poliwood at this time.