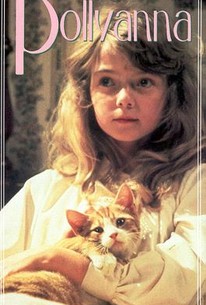 June Wyndham-Davies directs this made-for-TV version of the classic children's novel Pollyanna, written by Eleanor H. Porter. This miniseries was broadcast in six half-hour episodes on the BBC in 1973. Elizabeth Archard plays the overly optimistic orphan Pollyanna who goes to live with her lonely, bitter old Aunt Polly (Elaine Stritch). Despite being paralyzed in an accident, her chipper attitude brightens the lives of everyone she encounters, including an old hermit (Donald Bisset), an orphaned boy (Stephen Galloway), and her doctor (Paul Maxwell).

There are no critic reviews yet for Pollyanna. Keep checking Rotten Tomatoes for updates!

There are no featured reviews for Pollyanna at this time.