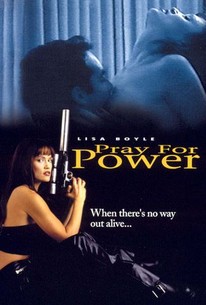 Boston wasn't the city that aspiring model Heather Leighton (Lisa Boyle) expected, particularly after having witnessed a brutal murder. It doesn't take long before her identity is revealed to the killer, forcing Heather and her boyfriend into a terrifying cat-and-mouse chase through the seediest areas in the Boston crime underworld. Eventually, the scantily clad Heather must stop running and confront the people who want to see her dead.

Dale Resteghini
as Lance
View All

Critic Reviews for Pray for Power

There are no critic reviews yet for Pray for Power. Keep checking Rotten Tomatoes for updates!

There are no featured reviews for Pray for Power at this time.