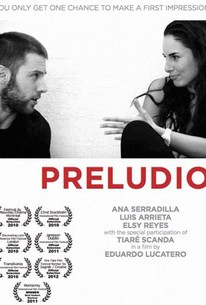 Preludios is a portrait of those rendered invisible, the nonexistent, devoured by the cement of one of the greatest cities in the world. Seen neither from their anguish nor with condescension but through their strength. Happy to be guests of this universe; some have established for themselves, unknowingly their own fragile bubble of privilege, poetic in its madness. As unwittingly, almost oblivious they confront themselves; questioning, revolutionary in their vision. Looking for their own answers in their lives in a system, which fails them. They are the philosophers, the preachers and the musicians the itinerant. The preludes of God. The other scores, which were not heard, nor seen. The invisible.

There are no critic reviews yet for Preludios. Keep checking Rotten Tomatoes for updates!

There are no featured reviews for Preludios at this time.