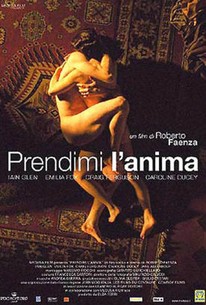 Roberto Faenza's historical drama The Soul Keeper is a biopic of Sabina Spielrein. The family of depressed 19-year-old Sabina (Emilia Fox) takes her for treatment from Carl Jung (Iain Glen), whose radical approach to mental health was much derided in 1904. The treatment is successful, but the two eventually engage in an affair that displeases Carl's wife (Jane Alexander). The cured Sabina moves to the Soviet Union. The film uses the framing device of a modern-day scholar investigating what happened to Sabina after her move. ~ Perry Seibert, Rovi

There are no critic reviews yet for Prendimi l'anima (The Soul Keeper). Keep checking Rotten Tomatoes for updates!

They could've spent more time on telling about Sabina's final years and, perhaps, about how she affected Jung and Freud's work. Otherwise, a wonderful movie.