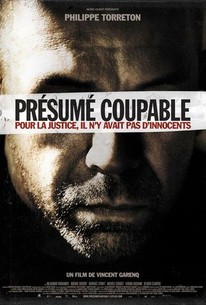 A man wrongly accused of an unspeakable crime battles to prove his innocence in this drama from director Vincent Garenq, based on a true story. Alain Marecaux (Philippe Torreton) and his wife Edith (Noemie Lvovsky) were a couple raising three children in a working-class community in Northern France when their lives were suddenly turned upside down. Police arrived at their home one night and arrested the couple, who were charged with being part of a group of sexual predators preying on children. However, Alain and Edith both insisted they were innocent and didn't even know the woman who has implicated them; it was the beginning of a legal nightmare that lasted two years and led to the arrest and conviction of a number of people who were later shown to be innocent. Once behind bars, Alain is prevented from communicating with his wife and children as he stands up for his innocence against prosecutors eager for convictions in a controversial case, and in time he stages a hunger strike as he tries to convince others of the many flaws in the case against him. Presume Coupable (aka Guilty) was an official selection at the 2011 Toronto International Film Festival.

... the filmmakers give good shrift to the entire scandal, the players and the judicial system that would allow such a miscarriage of justice to even happen.

There are no featured reviews for Présumé coupable at this time.