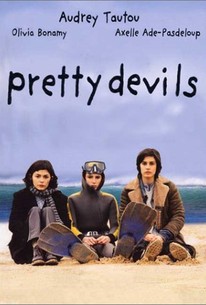 A poor little rich girl gets some unexpected help from the wrong side of the tracks after her boyfriend breaks her heart in this comedy-drama. Ann-Sophie (Audrey Tautou) is a young woman from a wealthy family who is madly in love with her boyfriend Bernard (Serge Hazanavicius). Bernard, however, isn't quite so enchanted with her, and when she decides to visit him at work one day, he flies off the handle and tells her that they're finished. Despondent, Ann-Sophie wanders into a low-rent neighborhood looking for a good place to commit suicide when she meets Lea (Olivia Bonamy) and Aurelie (Axelle Ade-Pasdeloup), two sisters who support themselves as pickpockets. Ann-Sophie tells the sisters her tale of woe. Sympathetic, they take her into their humble home (though they do make her pay rent) and formulate a plan to get even with her newly-former boyfriend. Both Axelle Ade-Pasdeloup and Olivia Bonamy made their screen debuts in Voyous Voyelles. ~ Mark Deming, Rovi

There are no critic reviews yet for Pretty Devils. Keep checking Rotten Tomatoes for updates!

This movie is messed up.