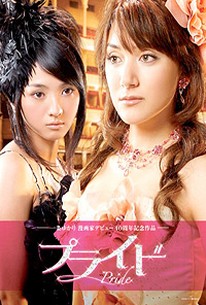 Two women who both have talent and a dream fight for their place in the spotlight in this Japanese melodrama adapted from a popular manga. Shio (Stephanie) is a beautiful young woman from a wealthy family who is studying voice and wants to sing with the opera. Moe (Hikari Mitsushima), a penniless woman the same age as Shio, works as a cleaning woman for Shio's family and shares her love for the opera. However, whatever friendliness that existed between them evaporates when they find themselves competing for a scholarship to study classical voice in Italy, especially after Moe reveals how fierce her ambition truly is and Shio's family is suddenly plunged into poverty. Fate leads the two women to the same nightclub, where Shio is a chanteuse and Moe is a waitress, though the latter sets out to change that. At the same time, Shio must choose between two men who both want her hand -- a talented songwriter (Dai Watanabe) who wants to craft hit songs for her, and a rich music business mogul (Mitsuhiro Oikawa) who desires her as a trophy wife but doesn't really love her. Directed by Shusuke Kaneko, Puraido (aka Pride) received its North American premiere at the 2009 New York Asian Film Festival.

There are no critic reviews yet for Pride (Puraido). Keep checking Rotten Tomatoes for updates!

There are no featured reviews for Pride (Puraido) at this time.