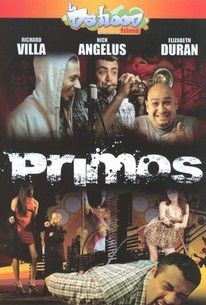 A struggling rapper races to recover the cash needed to participate in the rap contest that could prove his ticket to fame in this rollicking urban comedy. Getting high with his best pals Chee Chees and Goggles before a Los Angeles rap battle, Beto fumbles his rhymes and loses the contest. Later, when Beto's girlfriend Loly reveals that she's pregnant and his cousin Lalo arrives from Mexico seeking a place to stay, the pressure becomes too much to handle. But another rap battle is on the horizon, and this time the prize is a record contract and some serious cash. In order to enter Beto will need a demo, and in order to cut a demo he'll need money. After securing a loan from local pimp Chuck E, Beto and his crew start celebrating. The following morning, however, they wake up to find that the money needed to cut the demo is gone. Beto believes that Loly's friend the Huntington Park hoodrats are to blame. Recovering his cash won't be easy, but if Beto can just keep his cool and focus on the task at hand, perhaps he'll find the money in time to cut a killer demo, and finally set down the path to stardom.

There are no critic reviews yet for Primos. Keep checking Rotten Tomatoes for updates!

There are no featured reviews for Primos at this time.