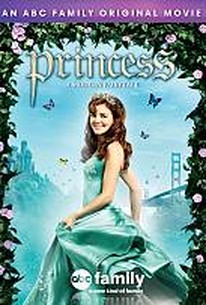 A reclusive princess and a directionless young man embark on a quest to save the world's mythical creatures from becoming extinct in this romantic fantasy for the entire family. An eccentric crowned head, Ithaca (Nora Zehetner)'s quirky personality has made her something of a local legend. But curious as she may be, Ithaca is far from selfish; she's just volunteered to auction herself off for charity, where the highest bidder will take her out for one unforgettable date. William (Kip Pardue) is so smitten with Ithaca that he spends his entire life savings only to spend a few short hours with her. Little did William realize that before the night was over he'd be helping Ithaca choose her successor; should Ithaca fail to name her heir, the mythical creatures of the world with surely perish. Now, as Ithaca's searches for someone to inherit her crown, William finds himself falling deeper in love than ever before.

There are no featured audience reviews yet. Click the link below to see what others say about Princess!