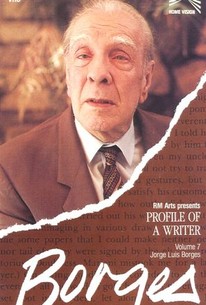 Arguably the greatest writer ever to come out of Latin America, Jorge Luis Borges was a master at making postmodern literary theory accessible -- even thrilling -- by dramatizing it in compact, mind-bending stories. Although his unusual upbringing and his many controversial political sympathies once overshadowed his literary legacy -- a wide-ranging body of work that includes criticism and poetry as well as his trademark ficciones -- Borges has indisputably taken his place in history as one of the most important writers of the 20th century. Now the ambitious "Profile of a Writer" series examines Borges's extraordinary life and work, using dramatizations of his most memorable stories and rare interview footage with the author at his Buenos Aires home. Filmed just three years before his death in 1986, this program makes a bold attempt to relate Borges' private life to his public persona, and the real man to his fictitious world -- a glimpse inside the mind and heart of a genius.

Critic Reviews for Profile of a Writer: Jorge Luis Borges

There are no critic reviews yet for Profile of a Writer: Jorge Luis Borges. Keep checking Rotten Tomatoes for updates!

There are no featured reviews for Profile of a Writer: Jorge Luis Borges at this time.