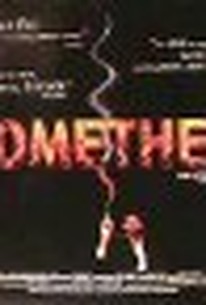 British poet-playwright Tony Harrison has worked on TV documentaries, but this is his feature directorial debut. The lengthy British drama, with a script written entirely in rhyming couplets, links Ancient Greek myths, European history, and present-day problems facing mankind. In Yorkshire, an old miner (Walter Sparrow) goes to his last day of work, while a youth (Jonathan Waintridge) in the same town memorizes a poem about Prometheus. Amid coal stacks and cooling towers, the two meet, and the messenger of the gods, Hermes (Michael Feast) belittles mankind in a lecture to the old man, who sits in a seedy movie theater where he sees a Prometheus statue fashioned from the bodies of unemployed Yorkshire miners. As the statue makes a journey in an open truck through the countries of the former Eastern Europe, it brings forth memories of the past and WWII horrors (Auschwitz, Dresden) with an accompanying narration by Hermes. Arriving in Greece, the old man delivers a powerful speech on the benefits of fire to mankind. Shown at the 1998 Locarno Film Festival. ~ Bhob Stewart, Rovi

There are no critic reviews yet for Prometheus. Keep checking Rotten Tomatoes for updates!

There are no featured reviews for Prometheus at this time.