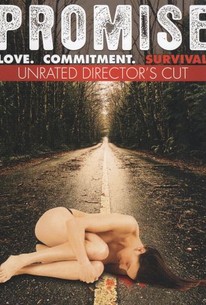 A college couple seeking to salvage their relationship on the eve of graduation takes a drive into the Arizona mountains and falls directly into a trap set by a mysterious cult in this rural-set thriller. Jesse and Selene were hoping for a romantic evening together as they glided down a darkened mountain road, though their solitude was shattered by the appearance of an enormous truck. Relieved to notice the police lights atop the vehicle, Jesse pulls aside and allows the State Trooper to pass. Somewhere down the road, the couple sees the truck turned on its side, and their initial relief turns to outright horror as they run over a spike strip and the car goes careening out of control. As Jesse approaches the cruiser in search of help, he notices that the State Trooper is unconscious and three ominous looking figures emerge from the surrounding forest and drag Selene screaming into the darkness. After being chased into the forest by the men, Jesse doubles back to discover that the policeman has been viciously mutilated. He's not about to let Selene face the same grim fate, and after recovering what he can from the officer's body Jesse ventures into the woods to root out their attackers. Little does Jesse realize that there is an entire cult behind this savage attack, and in order to get Selena back he will have to defeat their ruthless leader in a deadly battle of wills that will stain the desert sands red with blood.

There are no critic reviews yet for Promise. Keep checking Rotten Tomatoes for updates!

There are no featured reviews for Promise at this time.