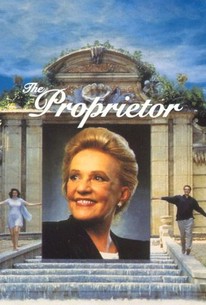 Noted producer Ismail Merchant stepped up to the director's chair for this drama. Adrienne Mark (Jeanne Moreau) is the most acclaimed French novelist of her generation, whose best known work, Je M'Appelle France, was an international best-seller made into an award-winning French film (and a disastrous Americanized remake). Adrienne is living in New York City when she learns that the flat in Paris where she grew up (as Adrienne Markowsky) is up for sale. Looking for a key to her past, she buys the apartment and discovers a cache of letters written by her late mother. Adrienne's mother died in a Nazi concentration camp during WWII, but while she's been led to believe that her mother was betrayed while working with the resistance, the letters suggest that the truth was far more troubling. Along the way, Adrienne is romantically pursued by a young fan, William O'Hara (Josh Hamilton), though he instead finds love with Virginia Kelly (Sean Young), an American film producer eager to work with the great writer. The Proprietor also features Sam Waterston, Nell Carter, and Austin Pendleton.

Judy Alanna
as Woman in Park

Sophie Camus
as Girl in Nightmare

Thomas Tomazewski
as Franck
View All

Critic Reviews for The Proprietor

The Proprietor is an astoundingly bad movie. I could hardly believe my eyes. Or my ears, or my memory.

Audience Reviews for The Proprietor

There are no featured audience reviews yet. Click the link below to see what others say about The Proprietor!