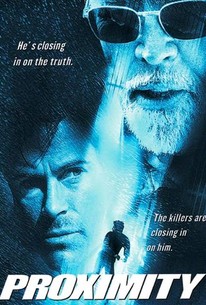 In this thriller, Rob Lowe is a prison inmate who hears more than he was meant to when the convict in the next cell is murdered. The inmate discovers that the murder is just one of a series of killings meant to thin out the inmate population, with the guards working in collusion with members of a victims' rights group seeking their own brand of justice against criminals who escape the death penalty. Proximity also stars James Coburn, Fred Ward, and Jonathan Banks; it was the first feature from Zinc Pictures, a company formed by noted producer Joel Silver to produce quality low-budget films.

Griff Allen
as Brett
View All

This is basically a retread of The Fugitive - but Rob Lowe ain't exactly Harrison Ford.

A relatively unknown director has at least deflected some of the flaws with commendable camera constraint and a good dose of always-dependable eye candy.

There are no featured audience reviews yet. Click the link below to see what others say about Proximity!