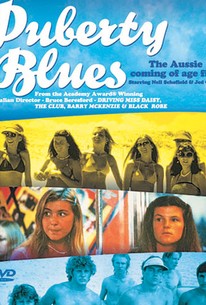 Director Bruce Beresford continued his tradition of putting socially disenfranchised characters front and center with this wryly observant comedy drama about middle class Australian teens that served as a stark contrast to the popular American teen films of its day. Friends from the Sydney suburb of Cronulla, Debbie (Nell Schofield) and Sue (Jad Capelja) are a pair of average schoolgirls who smoke, drink, have sex, and cheat on exams. The girls are also striving to become "surfie chicks," the groupies that hang around the surfer boy gangs of southern Sydney, pairing off with the objects of their affection. Adhering to odd rules that prevent them from eating or going to the bathroom in the surfers' presence, the girls get into trouble for their wild behavior, with Debbie eventually fearing that she's pregnant, leading to a fatal overdose of heroin for her boyfriend Garry (Geoff Rhoe). Ultimately, Debbie and Sue become disillusioned with the sexism and narrow-mindedness of their crowd. Puberty Blues (1981) was based on the book of the same name by Kathy Lette and Gabrielle Carey, a pair of real-life Sydney teens who wrote newspaper articles under the pseudonym "The Salami Sisters." ~ Karl Williams, Rovi

Puberty Blues stands out... on several counts. For one thing, it focuses on girls. For another, its handling of sexual initiation is realistic in welcome contrast to the raunchy comedy-glamour-fantasy treatment sex is given in other summer offerings.

Unfortunately, the barbarous uncouthness of the males becomes the most striking feature of the film rather than the girls' liberation from them.

Watching this film just makes me think thank Christ I was an unpopular teenager. Being in the in group could surely not be worth what these girls go through! A true to life Aussie classic that I first saw in my teens and many times since. Still relevant to teens today although I sure hope things have changed (doubt it). The new tv series based on this is also good, but this is the original and best. What girls will put up with to get a boyfriend!

A slow, boring, semi-documentary of teenagers in Australia. Nothing really happens until the end, and that was so annoying. I didn't care for this movie, and I don't recommend seeing this movie.