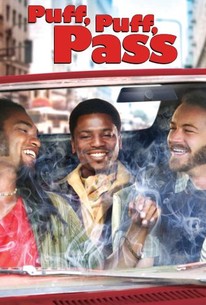 Two hapless stoners who have grown tired rehab become willingly locked into a dangerous scheme to rip off the city's most feared criminal kingpin in this smoked-out comedy starring Danny Masterson and Mekhi Phifer, and rolled in the red-eyed tradition of such Cheech and Chong classics as Up in Smoke. In the world of pot-heads Larry (Masterson) and Rico (Ronnie Warner), the name Mr. Big is a name to be both feared and respected. Thrills are hard to come by these days though, and when Larry and Rico decide to ditch rehab for a shot at the big time, they quickly discover that you don't get a big reputation without playing a big game.

Kristen Miller
as Aimee
View All

...the bottom line is that the movie just isn't funny...

It's just painful from stem to stern, and even the glassiest-eyeballed stoners will be hard pressed to sit through the whole interminable thing.