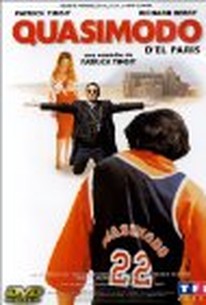 In this comedy, director Patrick Timsit plays a modern-day Quasimodo accused of 17 murders. The film uses the classic story of The Hunchback of Notre Dame to show the comic side of such everyday things as portable phones, Nintendo games, and the World Cup. The screen is always bigger and funnier than life, but the director tries to make a point that observation of life is enough to come face to face with corporal as well as verbal comedy. Using burlesque, he tries to create a more thought-provoking comedy. The highlight of the film was the discovery of a new Brigitte Bardot, Melanie Thierry, alias Esmeralda. ~ Gönül Dönmez-Colin, Rovi

Didier Flamand
as The Governor

Axelle Abbadie
as The Governor's Wife

There are no critic reviews yet for Quasimodo d'El Paris. Keep checking Rotten Tomatoes for updates!

There are no featured reviews for Quasimodo d'El Paris at this time.