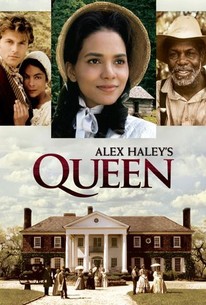 In 1977, Alex Haley's groundbreaking mini-series Roots became one of the most watched programs in television history, telling the story of seven generations of the author's mother's family, from their capture in Africa and enslavement in the United States to their eventual emancipation more than a century later. With 1992's Queen, Haley, who passed away before completing the source material, presents the story of his father's family, focusing on his paternal grandmother, a mulato. Halle Berry stars as the title character, the daughter of a slave and a plantation owner. Amidst the Civil War and up through the turn of the century, Queen finds herself struggling to find acceptance from blacks as well as whites. With an all-star cast that also features Martin Sheen, Danny Glover, Dennis Haysbert, Ossie Davis, and Ann-Margret, Queen was directed by John Erman and originally aired in February of 1993.

Lacking the vigor, the richly realized characters and situations of Roots, Queen moves from artifice to soapy romance; it's not enough.