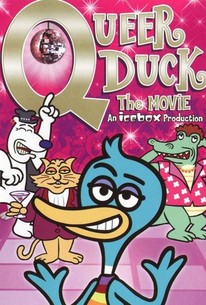 Some of the songs manage to be both coarse and catchy... others are less inspired. The jokes have about the same hit-to-miss ratio, with dozens of groan-worthy moments mixed in among some smart satire.

As a satire, it flops miserably, and as loose comedy, it flops even more.

Funny, but too gay for my taste... i don't even know why i rented it in the first place.. few big laughs...