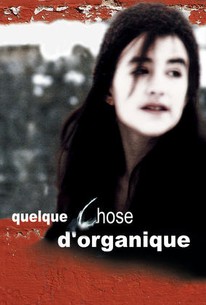 "To love with your molecules is only possible at the beginning of a relationship" theorizes Marguerite who has been married to Paul for five years; miraculously the molecules in their pairing are still at work. Except for one thing: they live in Montreal, and molecules do not like the cold! Paul who works in a zoo, takes care of his sick son from another relationship and his father who is a clandestine immigrant. Marguerite is terribly bored. One day her molecules explode, and she runs away with the brother of the parish priest -- though she refuses to make love to him. The film begins with a very long take of an intended kiss between Paul and Marguerite; another long take shows Paul killing Marguerite. It is all a big flashback. Slowly, it all gets quite boring because there is no intrigue. Viewers understand that there is something wrong with the relationship but may be left wondering why they should care. The continuous voiceover -- first Paul, then Marguerite -- does not help either. Director Bertrand Bonello seems to be searching for a personal style, but it ends up being a futile intellectual exercise, mainly because the style he is trying to adopt is claustrophobic, and to say the least, rather heavy to digest.

Mourad Mimouni
as Ahmed
View All

There are no critic reviews yet for Quelque chose d'organique. Keep checking Rotten Tomatoes for updates!

There are no featured reviews for Quelque chose d'organique at this time.