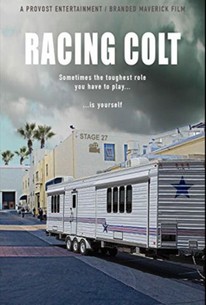 Manny has always idolized Colt Racer, especially when he became Colt's assistant for a few years-that was until Manny had to move and care for his sick wife, and Colt found himself in rehab. Now, Manny finds himself assisting Colt once again, but this time for an Ernest Hemmingway bio-pic. When filming commences, Manny finds that art imitates life as Colt picks up old habits that would even make Hemmingway blush. As the storm brews behind the camera, Manny ultimately stands up to Colt, and discovers not only the real hero in himself, but a dark secret that changes Manny's life forever.

Devolves into a glum and unpleasant tale of narcissism, addiction and mental illness.

There are no featured audience reviews yet. Click the link below to see what others say about Racing Colt!