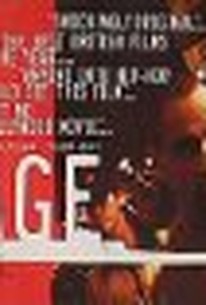 Nigerian-born director Newton I. Aduaka makes his feature debut with this gritty urban drama set in the seedy neighborhoods of London. Jamie (aka "Rage") is a deeply disaffected young man whose bi-racial heritage leaves him struggling to understand his identity, while Godwin is a talented though sexually conflicted jazz pianist, and Thomas is a young middle class DJ who is constantly at odds with his overbearing parents. The trio's desperate longing to cut a hip-hop album drives them to rashly resort to robbery. When their plans go wrong, the bonds of their friendship are sorely tested. This film was screened at the 1999 Toronto Film Festival. ~ Jonathan Crow, Rovi

There are no critic reviews yet for Rage. Keep checking Rotten Tomatoes for updates!

There are no featured reviews for Rage at this time.