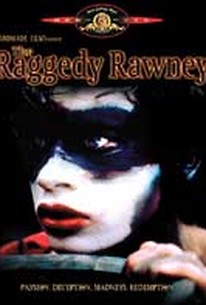 A young man flees the horror of the European battlefield and dresses as a woman to join a travelling group of gypsies. He is presumed a seer (rawney) and taken in.Directing debut of Bob Hoskins, who starred in WHO FRAMED ROGER RABBIT and MONA LISA. With Ian Dury, leader of the British band Ian Dury and the Blockheads (Sex and Drugs and Rock'n'Roll'). Produced by George Harrison's Handmade Films company.

There are no critic reviews yet for Raggedy Rawney. Keep checking Rotten Tomatoes for updates!

There are no featured reviews for Raggedy Rawney at this time.