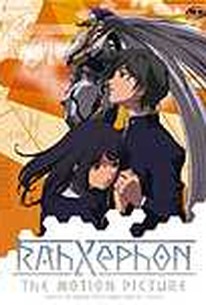 Ayato Kamina thinks that he is just another high school student with his own small part to play in the world until the day he meets the eerily familiar Reika Mishima. In a moment of extreme danger, Reika rescues Ayato and takes him outside of Tokyo, where it can be seen that the entire city is locked inside of a giant sphere. She explains to Ayato that the city he came from is now called Tokyo Jupiter and has been under the control of a menacing "alien" race called the Mu for the last decade. A condensed telling of the storyline in the Rahxephon series, Rahxephon: The Motion Picture explores Ayato's role as a creature of different origins than his peers, thus enabling him to pilot a specialized mecha called a Rahxephon, the only hope that humanity has for surviving against the Mu. Rahxephon: The Motion Picture draws inspiration from series such as Neon Genesis Evangelion in both appearance and metaphysical subtext. It also touches on the questions that arise as a result of the difference in the passage of time between Tokyo Jupiter and the outside world. Where is Ayato's true place in the world? And is there a reason that Reika seems so familiar? ~ Cammila Collar, Rovi

There are no critic reviews yet for RahXephon: The Motion Picture (RahXephon: Pluralitas Concentio). Keep checking Rotten Tomatoes for updates!

Both this and the series are pretty mediocre. There are stronger iterations in the mecha genre.