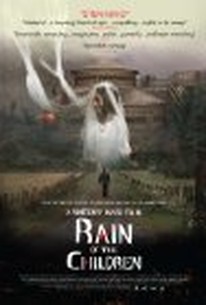 New Zealand cinema mainstay Vincent Ward (What Dreams May Come) helms this nonfiction opus, the genesis of which actually preceded his feature debut, Vigil (1984). In the late 70s, while in mid-production on his project In Spring One Plants Alone, then-art student Ward met an elderly Maori woman named Puhi who deeply intrigued him. On a tragic note, the said woman died in 1980, but she lingered on Ward's mind over the passing decades. With this film, Ward returns to chronicle Puhi via a head-on documentary portrait of her life and times, comprised of dramatic reenactments, documentary footage and newly-shot interviews with fellow villagers, relatives and various acquaintances. Puhi, it seems, led one of the most colorful and eventful lives imaginable. A mother at 14 years old, she married Whatu, the son of faith healer, prophet and post-Maori Wars activist Rua Kenana, and spent the remainder of her adolescence tribal colony established by her father-in-law that disintegrated thanks to violent interference by the New Zealand police (c. 1916). According to local villagers, Puhi consistently walked a tightrope between the living and the dead; to accommodate this visually, Ward casts Rena Owen as the late woman's "floating presence." Ward reveals that Puhi bore a whopping fourteen children to three different husbands, including one child, Niki, who suffered from paranoid schizophrenia; she ultimately developed such a strong magnetic attachment to her belief in a curse that it began to reshape and define her life and her relationship with Niki. As Ward chronicles Puhi's life-journey and interviews his various subjects, he both narrates the chronicle and bookends the film with recitations of a letter written to Puhi following her death; he also relies on the interviews to establish relationship abiding connections between the living, the dead, and the earth that all inhabit.

Critic Reviews for Rain of the Children

There are no critic reviews yet for Rain of the Children. Keep checking Rotten Tomatoes for updates!

There are no featured reviews for Rain of the Children at this time.

Rain of the Children Quotes