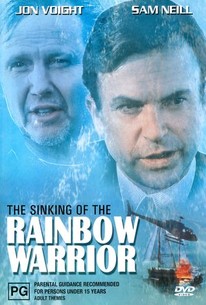 "Rainbow Warrior" was the name of a real-life Greenpeace vessel, which embarked upon a worldwide pro-ecological mission in the early 1980s. While docked in New Zealand in 1985, the Rainbow Warior was destroyed by a bomb, and a crew member was killed. In this dramatization, Sam Neill and Jon Voight play two polar opposites-a hardbitten cop and a eco-activist, respectively--who team up to track down the bomber. Wisely, the script avoids making "save the whales"-type speeches, concentrating on the matters at hand in a no-frills fashion. Rainbow Warrior was released directly to video.

...an enjoyable film, with production values well above that of a typical television movie.

There are no featured reviews for Rainbow Warrior at this time.