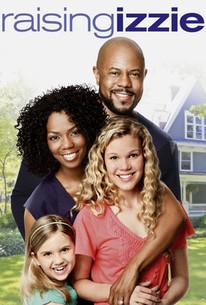 A teenage orphan determined to stay with her little sister and a teacher who longs to become a mother are brought together by fate in this touching drama for the entire family. In the wake of their mother's death, 14-year-old Gertie (Victoria Elizabeth Staley) secretly becomes the guardian of her younger sister Izzie (Kyla Kennedy). Both know that if the authorities catch wind of their situation, they will likely be separated. They're future together is looking increasingly uncertain when Gertie learns that her kindly teacher Mrs. Freeman (Vanessa Williams) and her husband (Rockmund Dunbar) are unable to conceive. More than anything, Mrs. Freeman wants to experience the joys of motherhood. Later, just when Gertie and Mrs. Freeman feel that they've been forsaken, they learn that families come in all different forms, and that God has a way of giving us exactly what we need, precisely when we need it most.

Vanessa A. Williams
as Tonya

There are no featured reviews for Raising Izzie at this time.