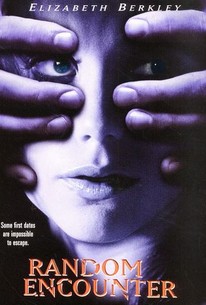 In Doug Jackson's Random Encounter, Elizabeth Berkley plays Alicia Brayman, a public relations executive on the rise. At a celebratory party, Alicia meets a handsome man named Kyle (Joel Wyner) who takes her home for sex. Madeleine (Mary Bradley), a crazed brunette with a knife, interrupts them. Alicia fatally bludgeons Madeline with a statue before she can stab Kyle. Kyle tells Alicia that he'll help her cover up the crime, but she is recognized during the getaway. As the heat is turned up and details start pouring out, Alicia learns that Kyle is a dangerous ex-con wanted for parole violations who set Madeleine up for murder and now has Alicia trapped in a web of deceit from which there seems to be no escape.

Jason Cavalier
as Willie the Weasel

The film annoyed me more than it enlightened or entertained me.

There are no featured reviews for Random Encounter at this time.