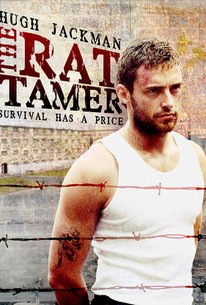 In this Aussie prison drama directed by Kate Woods, no one can explain why inmate Kevin Jones (Hugh Jackman) arrived at Blackstream Penitentiary with brain damage and horrible bruises on his body -- least of all Kevin. Can a jailhouse psychologist (played by Deborra-Lee Furness) help Kevin regain his memory, or will it take an act of violence to bring out the truth? The film's cast also includes Richard Piper and Sue Jones.

Critic Reviews for The Rat Tamer

There are no critic reviews yet for The Rat Tamer. Keep checking Rotten Tomatoes for updates!

Audience Reviews for The Rat Tamer

There are no featured audience reviews yet. Click the link below to see what others say about The Rat Tamer!