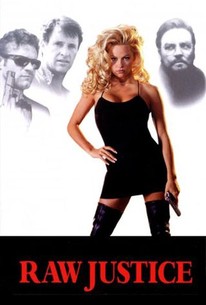 David Keith plays a hardcase ex-cop in Raw Justice. Assigned to collar the murderer of a powerful Southern mayor's daughter, Keith sets his sights on Numero Uno suspect Robert Hayes. To do this, he enlists the aid of hooker Pamela Anderson (NOW you want to see the movie, don't you?) It isn't long before Keith discovers that he's being played for a sucker: now he's forced to save Hayes, Anderson and himself from the real culprits. Veteran nasties Charles Napier and Stacy Keach also appear in this seamy, steamy actioner.

Ted Prior
as Bennett

As far as medium-budget, B-grade, guilty pleasure, comically excessive action films of the '90s are concerned, this is one of the best.

There are no featured reviews for Raw Justice at this time.