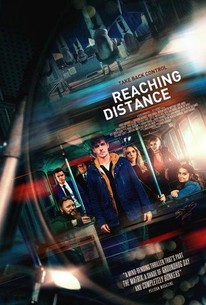 After Logan, a cynic with a photographic memory witnesses his twin sisters death in a horrific car accident, his vivid memories of the event have left him unable to move on, leaving his life in tatters. Facing a night sleeping on the street, by sheer chance Logan finds Martin, the banker responsible for his sister's death, and tracks him onto a nightrider bus. His attempts at vengeance are thwarted by increasingly strange interactions with the other passengers, including an inquisitive nurse who insists she knows Logan, her jealous boyfriend despite his sure fire knowledge otherwise, two bickering teenagers and a pants-less homeless person whose unhinged religious ramblings might have more truth to them than he lets on. Things take a turn for the bizarre as Logan is knocked unconscious and awakes to find the line between the past and present has fractured, as visions of his dead sister and vivid memories begin to replay within the confines of the bus. As he desperately finds a way to escape from the bus shaped trap, Logan uncovers a complex and emotionally charged past with every other passenger on the bus. As the heart-wrenching truth is uncovered Logan is faced with a decision, between facing those who have hurt him most and learning to forgive or fulflling his quest for revenge at an unspeakable cost. Following in the footsteps of high concept comedies like "Groundhog Day", Mind bending Indies like "Coherence" and visually daring dramas like "Eternal Sunshine Of The Spotless Mind".

There are no featured audience reviews yet. Click the link below to see what others say about Reaching Distance!