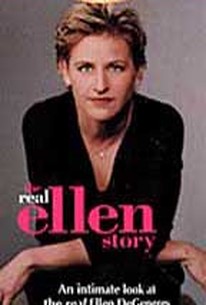 Comedian Ellen DeGeneres' decision to publicly announce her lesbianism as her onscreen character did the same, altered the way mainstream media portrays homosexuality. The Real Ellen Story, an acclaimed British documentary, provides an intimate view of the controversy surrounding DeGeneres' move. The film relates the behind-the-scenes look at the battle between DeGeneres and ABC/Disney executives regarding her sitcom, and explains how she managed the conflict. Interviewed are DeGeneres and family members, her partner Anne Heche, Oprah Winfrey, Diane Sawyer, network executives, and others. This film covers a critical two-year period in the actress' life. ~ Sally Barber, Rovi

There are no critic reviews yet for Real Ellen Story. Keep checking Rotten Tomatoes for updates!

There are no featured reviews for Real Ellen Story at this time.