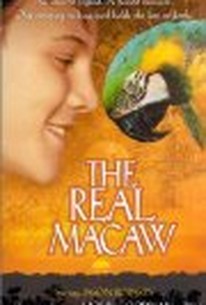 In the tradition of Babe and Paulie, this Australian family fantasy-adventure features mouthy macaw Mac (portrayed by Tango and three bird stand-ins). Mac, who once witnessed treasure buried on a South Sea Island, is owned by elderly eccentric bird collector Ben Girdis (Jason Robards). His son Rick Girdis (Joe Petruzzi) plans to pay off Ben's debts by putting him in a nursing home and selling Ben's house. Ben's 15-year-old grandson Sam (Jamie Croft), who wants to save Ben's home, discovers that Mac can speak (with a Spanish accent). After Mac proposes a search for the buried treasure, Sam, the bird, and anthropologist Lance Hagen (John Waters) set off on an expedition. Unfortunately, a luxury hotel has been erected directly over the treasure, causing feathers to fly as the determined Sam and Mac continue to seek the treasure while eluding hotel staffers. The film was directed by Mario Andreacchio, who previously made the talking-dog movie Napoleon. ~ Bhob Stewart, Rovi

Critic Reviews for The Real Macaw

Audience Reviews for The Real Macaw

There are no featured audience reviews yet. Click the link below to see what others say about The Real Macaw!