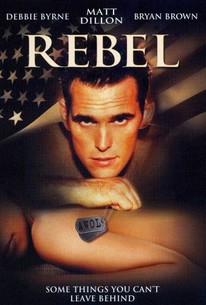 This WW II musical is set in Australia and chronicles the exploits of a nightclub singer and the young Marine who loves her. She works in a Quonset hut turned into a saloon and helps stage shows for battle-weary troops returning from the South Seas. After one performance she holds a small party in her apartment and there meets the Marine sergeant who has just sailed in from Guadalcanal. Although she is married and awaiting the return of her husband, who is also at war, he decides to pursue her. Later she learns that her husband has been killed. Soon after, the Marine confesses that he can no longer handle the violence and has gone AWOL.

The result is pretty difficult to sit through, even if you just want to listen to the music.

I kinda just threw this on the TV, not knowing it was a musical or anything, but wow, why would you make a musical about WWII like this? This movie was bad. Either the accents are so good that I couldn't understand a word, or they were so bad that not even Australians could understand this movie. I'm not sure, but it's just singing and dancing and some kind of love story until the melodramatic ending. I don't recommend this.