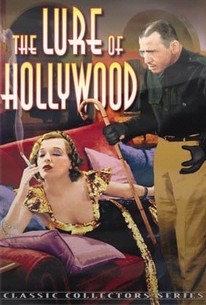 An obscure backstage drama from Poverty Row company Puritan Pictures, The Reckless Way stars Marion Nixon as Helen Rogers, a hotel stenographer hoping to break into the movie business. Although her ad agency boyfriend, Don (Malcolm MacGregor), disapproves, Helen accepts the opportunity to make a screen test for imperious director Von Berg (John Peters). The test proves a flop, but hotel clerk and budding screenwriter Jim Morgan (Kane Richmond) pens a story based on Helen's own life that succeeds. Prompted by Jim, Von Berg admits to Helen that it was Don who sabotaged the first test and the discouraged girl returns to the Knickerbocker Hotel. Jim, meanwhile, has earned a five-year contract from Apex Studios and Helen gladly accepts his proposal of marriage.

There are no critic reviews yet for Reckless Way. Keep checking Rotten Tomatoes for updates!

There are no featured reviews for Reckless Way at this time.